You know what's missing from most miniature representations of dungeon adventurers?  Backpacks, sacks, and friggin' light sources.  On a lark I combed through the Lost Minis Wiki to see what I could dig up in the way of minis that looked like they were properly equipped for dungeoneering.  Below is every photo I found. 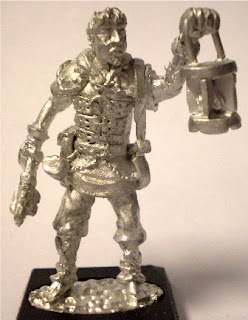 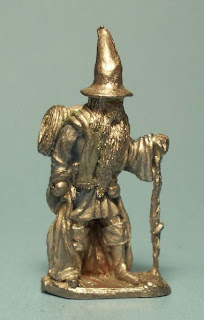 Asgard Miniatures, Dungeon Adventurers
DA-33, "Human Magic-User"
Is that a coil of rope maybe?  That would be cool.

As I recall a fair number of other Asgard figures came with backpacks and other equipment. 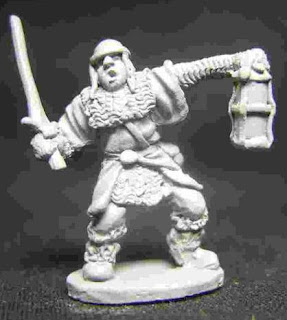 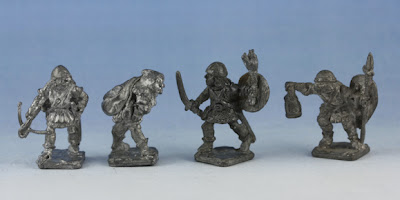 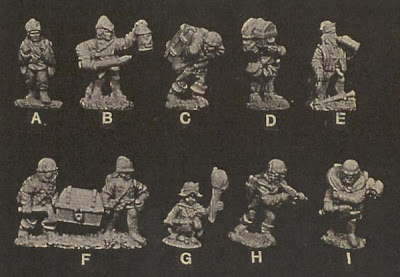 These guys are awesome.  James Maliszewski talked about them here.  Hireling H is pounding in an iron spike.  Isn't that great? I have yet to see another guy like that.  Several figures here also appear in the Grenadier large box 5001 Dungeon Explorers. 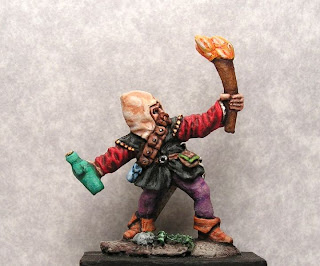 Dude with torch about to throw a flask! Sweet!
"Magsman w/ oil" 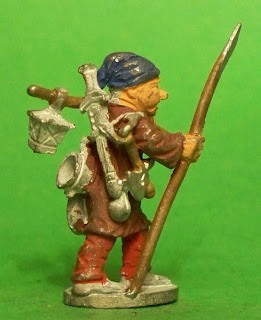 Unidentified figure with a great array of equipment. 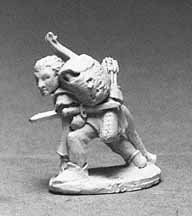 I like the substantive backpack on this guy,
Ral Partha, Fantasy Adventurers
03-081 or 61-050 or FA06 (appeared in 3 different production runs)
"Thief with Longsword in Ambush" 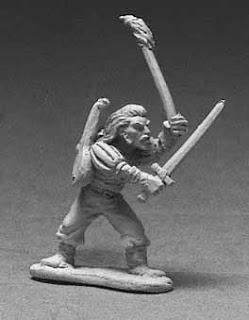 How do you get the bard to stop playing his damn lute?
Make him hold the torch! 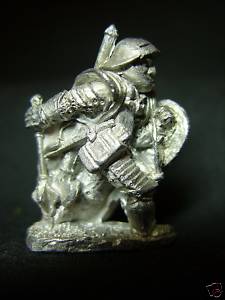 Ral Partha, Fantasy Tribes Fighters
Boxed Set FTF300 Defenders of Law
FTF55, unnamed
I don't know what all this guy is carrying,
but here sure has a lot of it! 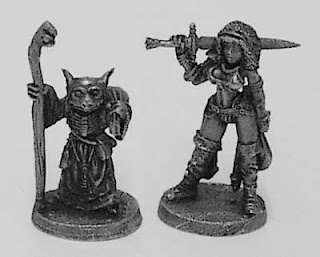 Ral Partha, Larry Elmore Collector Series
02-802 "Journey to the Gathering"
The sacks these two are carrying aren't much,
but the little weird dude also has great pouches.
This duo are based upon the classic Elmore piece below. 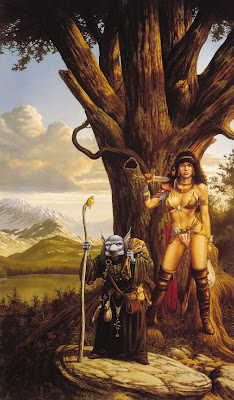 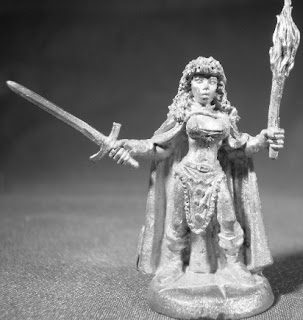 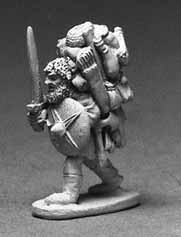 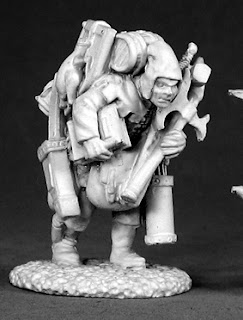 Reaper
02638, "Adventuring Accessories"
Add some useful equipment to other figures!


There are a few more properly figures out there.  The HackMaster mini line features a few hirelings carrying substantive gear. I think I've seen a Grenadier figure with a 10' pole at some point. I'm pretty sure the Iron Wind Metals store (who now sell a bunch of Ral Partha's old designs) carries at least one fighter with a torch not in the Lost Minis Wiki.  The D&D type comic Nodwick got a figure line at one point and the Nodwick mini is hauling a bunch of stuff on his back. The Rafm Custom Character line is woefully under documented on the internet, but several figures in that line came with all sorts of great equipment.  Back in the day my buddy Dave had one Custom Character that had a big ol' wineskin. We loved that.  Many CC figs also came with backpacks.  And I haven't really sifted through the complete Reaper line yet.  I love Reaper's sculpts, but the fact that torch or lantern aren't even options in their awesome Figure Finder is not a good sign.