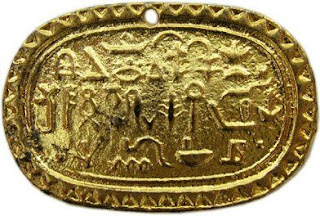 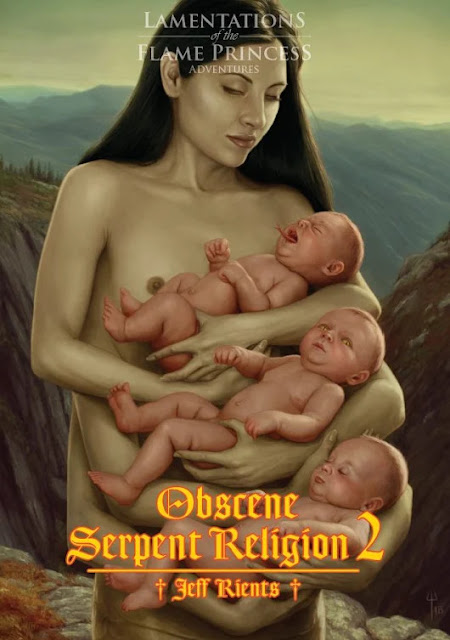 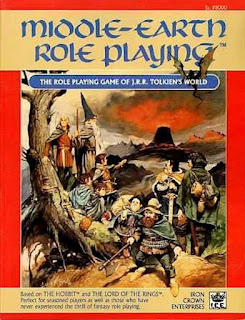 So sometimes I like to try to rip off MERP (Middle Earth Role Play) for D&D ideas.  Today's idea started by asking the question, "Why do MERP wands suck so bad?"  Per the rules, wands can only hold 1 to 10 charges and they can contain no more than second level spells.

First and second level spells in MERP are pretty dang lame.  This is because MERP is the kid brother of RoleMaster, where spells run up to level 100.  It's a little like the passage in Holmes Basic D&D that points you to AD&D for the grown-up version of the game.  MERP explicitly makes that same sort of connection to RoleMaster.  This relationship is why I tend to think of MERP as the game for running the adventures of Men and Hobbits in the Third and Fourth Age, while RoleMaster is the system for Epic Elvish Nonsense of the Good Ol' Days.

So here's my answer to the question as to why MERP wands are so limited in power: they are pre-apocalyptic elvish disposable technology.  You go to the corner store, buy a wand for a specific household annoyance, use it once, then stick it in the junk drawer in your kitchen, and forget about it until you need it again.  In a world of hundredth level magicks, these prosaic devices are of no real consequence.  They're churned out by the dozen, enchanted en masse by schmucks who flunked out of the Alchemist Academy.  Here are six examples of the kind of drek these losers have unleashed on the world.  They are only considered treasure nowadays because the world has gone to crap.

This device was developed for those rare times when the arcane fire in your elvish hearth goes out.  It's also useful when camping.  Use of a single charge brings to boil a volume of water, soup, coffee, etc. equal to 1 cubic foot (approximate 7 and half gallons or 28 liters) per round, up to a maximum volume of one cubic foot per level of the user or 10 cubic feet, whichever is lower.  When directed at creatures made entirely of water or ice, the wand will do 1 point of damage on the first round, 2 on the second, 3 on the third, etc.  No other lifeforms are affected by this wand.  The user must concentrate the entirety of the usage of the wand, or the effects are cancelled early.  To move at more than quarter speed or take any other action save utter a word or two will end the wand's effect.

A tool used by junior lore-bards of old to help ensure equitable transactions in the marketplace, touching this wand to any non-enchanted item less than building size and expending a charge allows the user to determine its fair market value, with a margin of error of + or - 10%.  If used on an enchanted item, the wand returns a value of zero.  Artifacts and relics return a false value of d100 x 100gp.

Use of this household first aid device allows for the healing of 2d4 points of fire or cold related damage.  If fire and cold damage has not been tracked separately (after all, who does that?) assume that no more than 50% of current lost hit points have been due to heat or cold, unless the character has been exclusively fighting monsters that only do heat or cold damage.

Wand of Limbwalking
Class Allowed: Ranger only
Range: self only
Charges: 1d10, can't be recharged

This wand was issued to new recruits to the Rangers of the Great Forest, the area now known as the
Sea of Cinders.  Use of this device allows the wielder to walk (not run) on tree limbs as easily as they would on the ground.  Duration is one round per level of the user, up to a maximum of 10 rounds.  The wand must be held the entire durations of the Limbwalking, but no additional concentration is required.  The limb is not magically strengthened by this magic; it must support the users weight of its own accord.

This item was once a minor component in the standard medical kit for elvish healers and parents of rowdy elf-children.  A single charge will repair any specific damage to the target's nose.  It will not regrow a lost nose completely, but a severed nose can be reattached if the nose is available and the wand used within 24 hours.  If a wound did hit point damage to the nose, it is healed d6 points.  Wounds to the face in general can be healed d4-1 points, while wounds to the head in general can be healed 0-1 points (50/50 chance).  Non-nasal areas are unaffected by this wand.

The original use of this wand has been lost.  Or maybe the elves are too embarrassed to explain.  What is known is that it can cause any object up to 5 pounds in weight to vibrate rapidly for one round per level of the user, up to a maximum of 10 rounds.  Fragile or poorly constructed objects are likely to shake to pieces.  If used in combat, the wand can be pointed at an enemy weapon.  The wielder must save versus wands each round or fumble the weapon.  If no fumble rules are being used, the weapon is dropped instead.