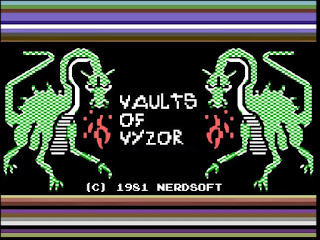 The party entered the Citrine Hall of Castle Vyzor, where many Very Serious Men were attempting to build very silly musical instruments.  The party got to see a (failed) test of an Atomic Paradox Harp before being led to the stairs down into the Vaults.
They emerged a couple hours later alive, but changed.  Elfbraham and Sneakerly were clad as uniformed soldiery of the Orcs of the Red Hand, while Belisarius and Persimion also had various orcish bric-a-brac they collected on the way.  Oh, and they were covered head-to-toe in copious amounts of monster blood, foamy yellow puss, and unidentified slime.  In one of the worst things to ever happen in my games, Elfbraham Lincoln exits the dungeon with his own pet kobold in toe, a wretch clad only in an elaborate leather codpiece and who will be henceforth known as Limpy the Naileteer.  That's right, Elfbraham enslaved a member of another race.

I will divulge little else of this first outing, since these dungeon newbies didn't score enough gold to go carousing and blab about the adventure over ale.  But they did bring back some cool equipment they stole off the orcs.  And thanks to a combination of favorable die rolls and cunning play, the room 1 guard monster didn't destroy the whole party.  I honestly thought that was going to happen. 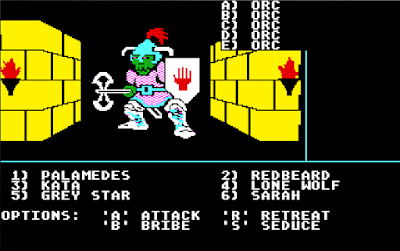 Welcome to your doom 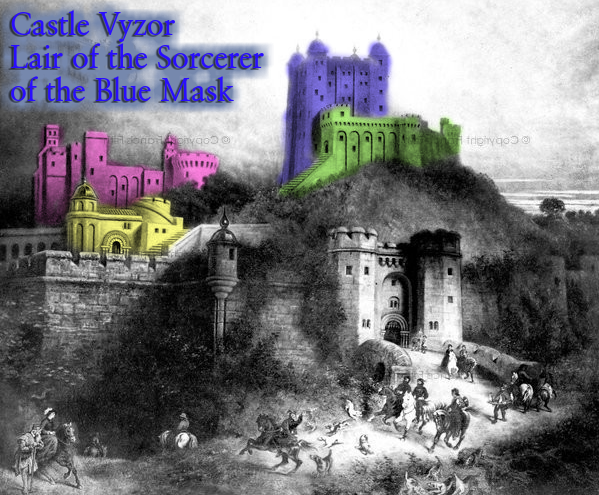