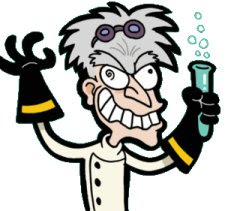 The Super-Science World-Beater's Club purportedly started as a campus joke at New Bronze Tech way back in the Age of Pulp. In this early stage even some heroes were members of the club, notably Mr. Phosphorus, Tricky Sam, and the original Science Gal. But sometime in the 30's what had originated as a goofy excuse for bathtub gin parties ("symposia") mutated into an actual clique of villainous scientists bent on global conquest. Despite continuing to operate under a silly name, the Super-Science World-Beaters represent an ongoing threat to truth, justice, and the American Way, whether they are supplying other villains with hi-tech equipment or imperiling the Earth with their own schemes.

Today the Club operates out of underground bunkers, old warehouses, and similar stock villain venues. The organization has become quite hiearchical in recent years, with a three-tier system. At the bottom are the basic lackeys, who are assigned three digit numerical designations such as Minion 201, Guard 512, and Janitor 818. Above these types are those with useful technical skills. Two digit numbers are used for these types, such as Assistant 22, Technician 14, or Intern 57. The top level of the organization is reserved for the mad scientists themselves, who use alphabetical designations. Those with accredited PhDs use the title Doctor, while all others at this level go by Professor. The ultimate authority in the organization rests with The Supreme X, who is actually a pretty easy-going fellow that prefers to be referred to simply as Doctor X in day-to-day communications. For the leader of a secret cabal of mad scientists he's a suprisingly well-adjusted dude.

The greatest strength of the club is that the heroes will never be sure what sort of powers the bad guys will have on tap. One encounter may involve Professor C testing out his Mutato Ray, but the next time they meet the Club it could be Doctor W with a new version of his Brain Helmet. No standard weapons are even given for the guards below, because that wouldn't be as much fun as keeping the players guessing.

The main weakness of the organization is that these guys are all academics with very little sense of organization or ability to lead the grunts of the club. Hell, any operation involving more the one Professor/Doctor almost inevitably leads to squabbling among the mad scientists. A mixed group of Professors and Doctors is particular vulnerable, as the Professors despise the Doctors for their better credentials while the Doctors often try to pull rank. Past Club members that have resigned or been expelled for this behavior include Professor Satan and Zombie Joe.

A simple technician or other lab rat will usually dress in a bright jumpsuit like those poor schmucks trapped on the Satellite of Love. Up-and-coming mad grad students will be dressed as their betters (see below).

The organization as a whole has at least Incredible ranked resources.