When two dwarves meet do they fight or do they buy each other drinks?  Obviously individual personality quirks come into play, but you can juice up your campaign a bit by introducing clan relations.  Make this easy on yourself: generate 6 clans and start their names with the letters A, B, C, D, E and F.  That way when J. Random Dwarf shows up you can throw a die (who doesn't have a d6 handy?) and you'll remember that 3 equals the clan that starts with C.  Give the clans names you and your players are likely to remember.  Like this:

This is how the clans get along: 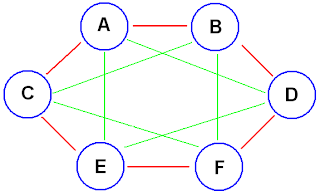 Red lines indicate grudges.  You can make this up ahead of time or throw it to the players when it comes up.  Do your best to make sure the grudge cuts both ways.  Instead of victims and victimizers, shoot for mutual jerkiness.  Examples:
Green lines represent allied clans, if only because they both loath the same people.  Clans with no direct connection are generally apathetic to one another.

Now, in addition to a little extra texture to dwarf-on-dwarf encounters, you probably also have the makings of one or more epic quests.  Any PC that can unscrew centuries of dwarven grudgery deserves mountains of accolades.

The same basic system works for halflings, but make sure the grudges are over the smallest, pettiest stakes possible.  E.g. the Bottomrumps and the Dingleberries argue every year over who is in charge of the Christmas pageant.