In the second installment of my recent look at the authors of the Fiend Folio, I discovered that the co-creator of the babbler, Jeremy (Jes) Goodwin, was also an illustrator for some TSR products. Well, today on my tumblr dash a Goodwin illo appeared, shared by one of my favorite gaming tumblrs, Old School FRP. 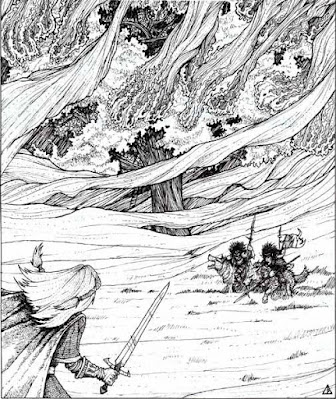 A forest fire sounds like a heckuva a place to fight some goblins.