you know what I dig? 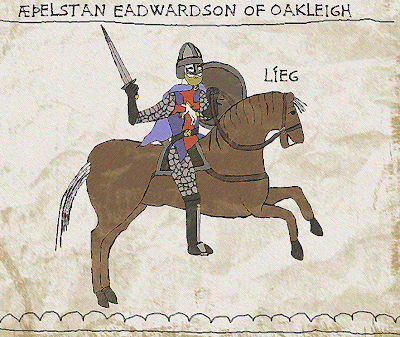 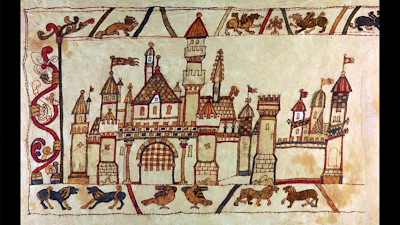 This one is from the credits of the old Disney flick Bedknobs and Broomsticks, which stars a young Angela Lansbury as a witch who fights Nazis.  I've got a couple dozen gorgeous screengrabs of stuff like this, including one of an enthroned king who is also a lion. 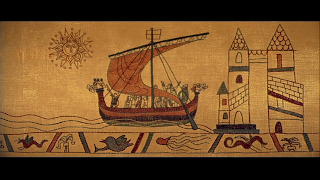 Another great old movie that makes use of the Tapestry is The Vikings.  As the opening exposition is narrated a animated version of the Tapestry shows a longship voyage.  I've got a bunch of these as well.

There used to be a flash-based jimcrack on the web called the Historic Tale Construction Kit which allowed you to make your own Bayeaux Tapestry nonsense.  I used it once to create inserts for my Savage Worlds customizable screen.