Back when I posted a couple of cool pics by James Roslof some readers expressed interest in seeing some old Bill Willingham D&D art. Here's what a quick flip-through of the ol' game collection produced. First up, some color Willingham art that appeared in the AD&D Monster Cards set. 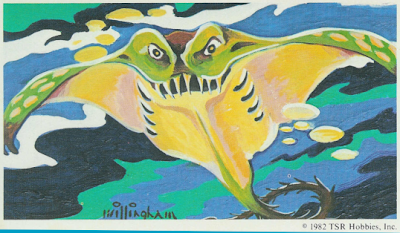 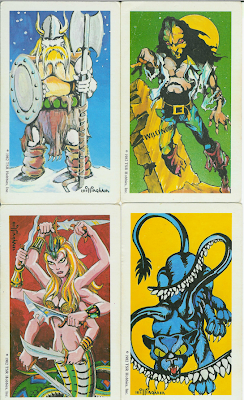 Next, two pieces from module L1, The Secret of Bone Hill. 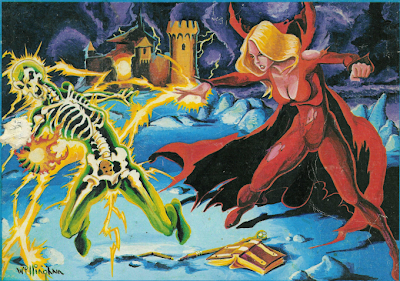 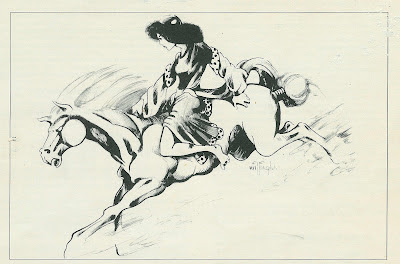 In module X1, The Isle of Dread, Willingham depicts some of the new monsters that appear therein. 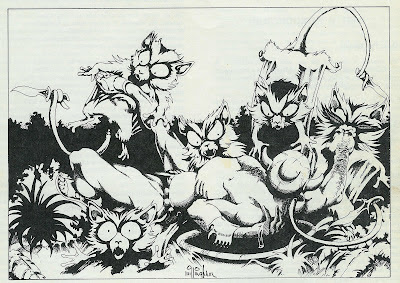 (I love the way that phanaton on the right is taking one right in the kisser.) 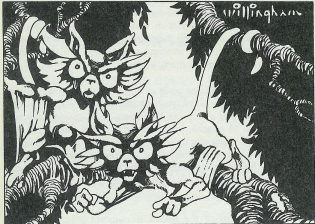 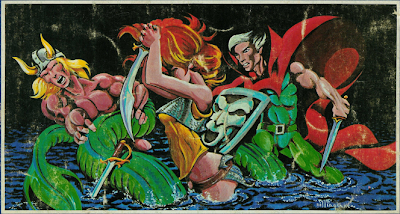 (Is it just me, or is the dude in the cape checking out Red Sonja's ass?)

Now let's look at some of Willingham's interior illos for the '81 D&D Basic set. I often rave about Erol Otus's contributions to this book, but several other great artists did great work in it, too. 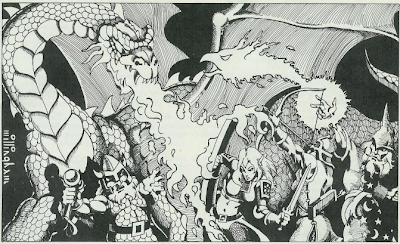 Man, I love this illo. 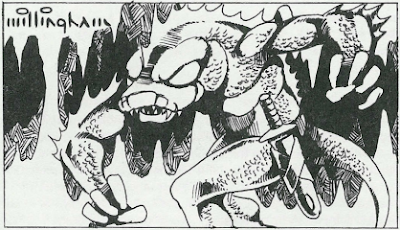 I find this troglodyte to be much more menacing than its counterparts in the original Monster Manual.

The stats for pixies and rust monsters appear on the same page. I love how this piece neatly sums up the anything-can-happen spirit of the game. "Crap! Tinkerbell and the armadillo monster have teamed up to kick our ass!"

And here's Willingham's work on the '81 Expert Set. 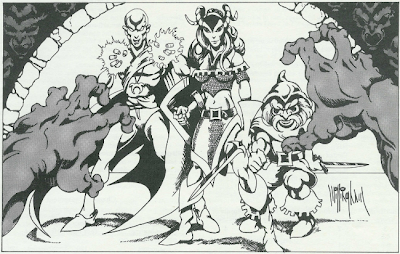 Those three adventurers are awesome. I don't know who owns the hands in the foreground but these Expert level PCs are going to ruin his day. The shaven-headed MU seems to be about to cast two different spells at once (check out the different special effects surrounding his hands). And that guy's eyebrows are beyond belief. His eyebrows are more badass than some whole characters. Because of this illo as a kid I sometimes wondered if some elves had ram's horns growing from their temples. How awesome would that be? And that dwarf has the same wicked eyebrow look. Notice he has no beard but sports a supersweet moustachio. And I like how he's sorta casually holding that blade. Like next round he's just going to saunter over to Mister Hands and coolly shiv him. 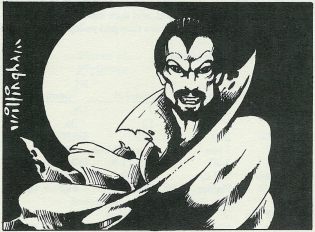 Again with the overwrought eyebrows. 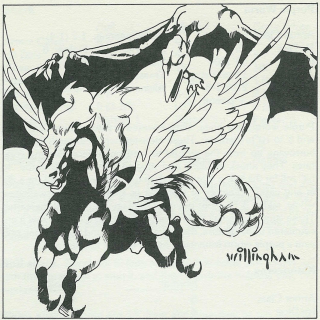 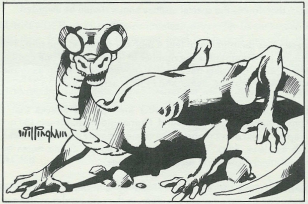 I really dig this basilisk. The smooth skin, the slinking pose, and the huge blank eyes kinda creep me out. 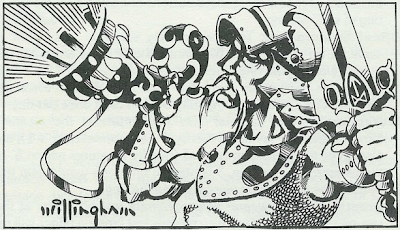 That the 3E iconics got their own line of novels but this guy didn't is a crime. Hell, that mustache should have its own action figure line!

Finally, some vampiric shenanigans from the back cover of module A4, In the Dungeon of the Slavelords. 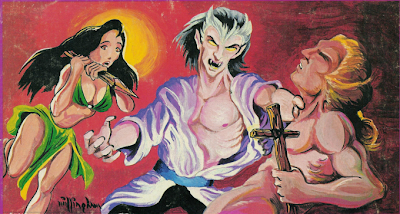 If I was a vampire, I wouldn't dress in a way that exposed my left breast. I wouldn't want to give people with wooden stakes any ideas. You know what I'm saying?