The Gospel of Saint Zalazar

I happened to have the good luck to marry into a family of gamers. My wife isn't a gamer, though she's played a couple of games of Illuminati over the years and she's currently obsessing over the GameBoy version of Lego Star Wars. My brother-in-law Jim and his sons play boardgames and wargames. Sister-in-law Anne will plays some games from time to time.

But this post comes courtesy of Anne's husband Rod. He's a D&D man going back to the Basic days. He played in my 3E campaign and the 1st edition campaign I ran immediately afterwards. Back in the Navy he played D&D, Traveller, Champions, and Gamma World. His game group got a lot of playing done because there wasn't much else to do on a ship all day.

Now here's the cool part: In most of those games Rod played the same character. When his group switched games they all converted/translated characters. Rod's played other characters over the years, but Zalazar, his primary PC, has adventured under Basic D&D, 1st edition AD&D, 2nd edition AD&D, and all those other games I named above. Behold, the Purple Grimoire of Zalazar! 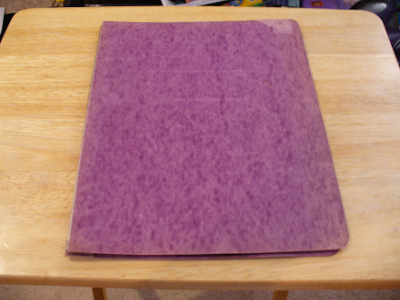 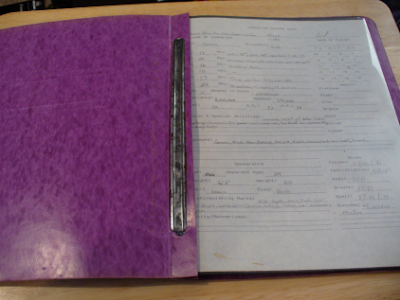 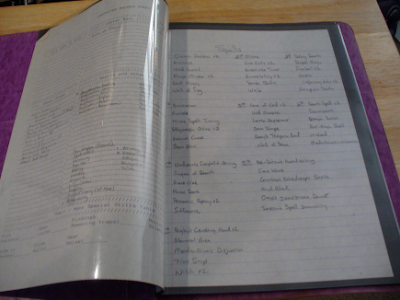 A metal bound tome, with each page encased in plastic and back by black construction paper, this dread volume tells the tale of a world-hopping 32nd level magic-user and the artifact sword known as Niffelheim. Click on a page and bask in the unbridled awesomeness. 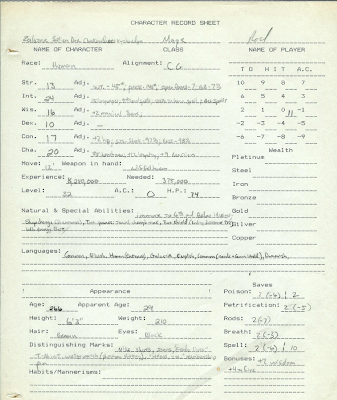 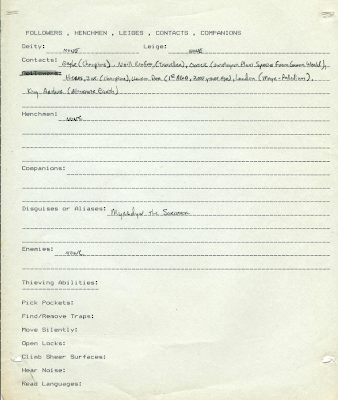 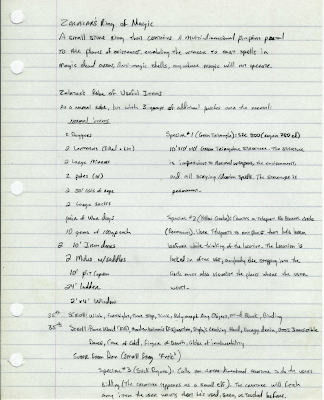 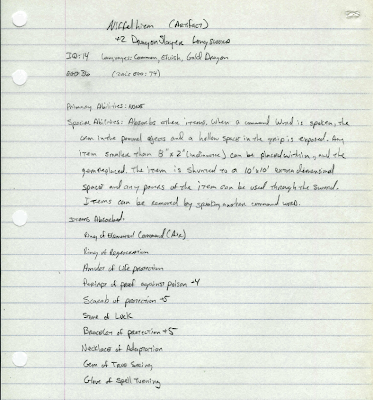 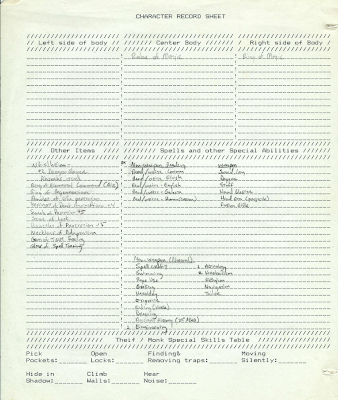 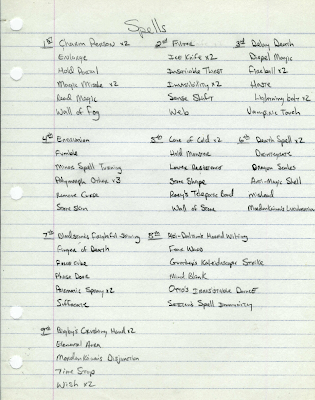 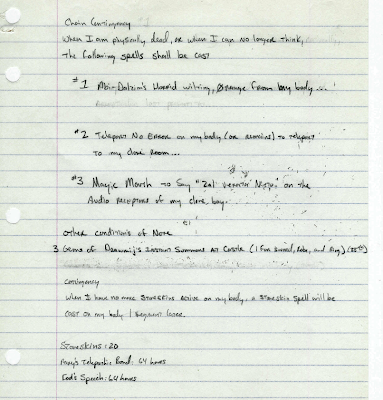 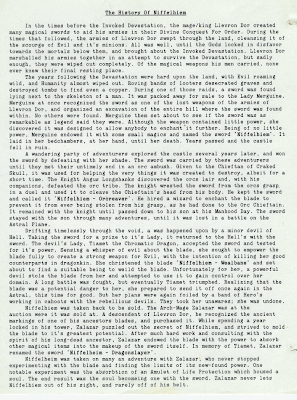