In the year 5000 Venus is home to a matriarchical society. Wonder Lad hails from the one Venusian city that practices gender equality. After some initial mistrust the inhabitants of the planet have accepted him as their champion. 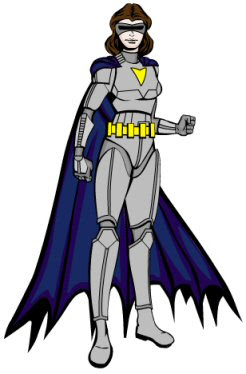 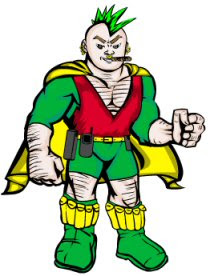 Bat Lass and Robin patrol the crime-infested, industrialized asteroid belt. Why is Robin a cigar-chomping midget with a green mohawk? Because it's the future, that's why! 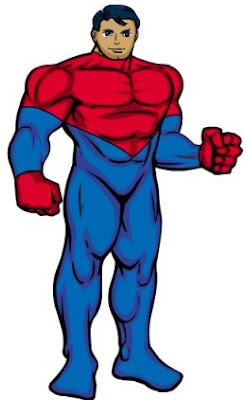 The Super Twins, Super Lad and Super Lass, are this era's heroes from the House of El. They are the sworn protectors of Earth, but are young and inexperienced. Superboy and Supergirl as siblings is what I was shooting for with these two.

These heroes are the founding members of the Justice League of the Solar System. Wonder Lad and Bat Lass are recognized as the seniormost members, but at the heart of the team is the charisma and cache of the Super Twins.