The name of the game is Creepy, Creepier, Creepiest. Take the three scans below and put them in increasing creep-out order. Justify your answers in the comments section. There are no winners or losers in this game, just fellow victims all wallowing in joint misery.

Scan number 1 comes from issue 10 of The Occult Files of Doktor Spektor, published in 1974 by Whitman. Here we have Lakota, Dr. Spektor's Native American secretary/love interest/damsel-in-distress, dressing up for a costume ball. Note her choice of costume: sexy injun squaw. 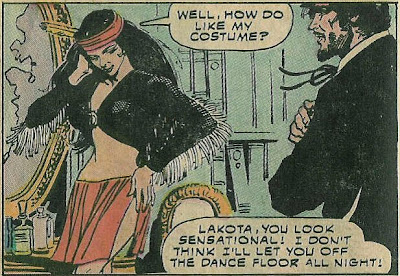 Contestant number 2 hails from the ninth issue of Teen Titans Spotlight (copywright 1986, DC Comics). In this issue for no apparent reason Beast Boy goes to the zoo and starts flirting with a lioness. 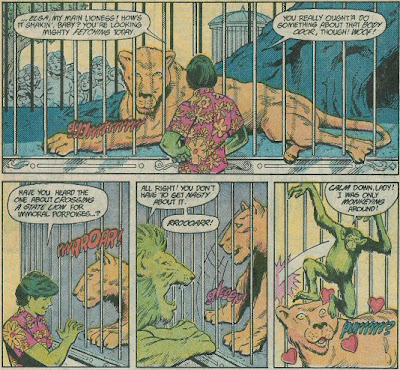 Finally, we have Ms. Marvel #7 (1977), wherein we find a picture of Carol Danvers making out with MODOK! 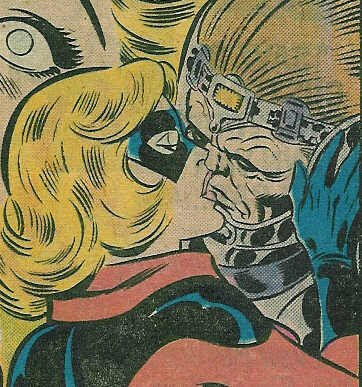 So now that I've scarred you all for life, tell me which scan is merely Creepy, which is a bit Creepier, and which one is Creepiest.

P.S. #1: Don't try to tell me the green dude's name is Changeling. He's Beast Boy on the cartoon and that's all that matters to me.

P.S. #2: This issue of Teen Titans Spotlight is the first time I've read a story with Robotman in it. And let me tell you, he is rad to the max. Cliff Steele spends the whole issue acting like Ben Grimm, only he's a robot instead of a rock monster. Is he that awesome all the time?