Orcus gets a lot a play these days but my favorite canonical demon prince is definitely Demogorgon. Just look at this guy! A two-headed baboon with tentacles!

As part of their licensed AD&D line Minifigs, now long gone, did a figure very closely based upon this picture from the original Monster Manual. 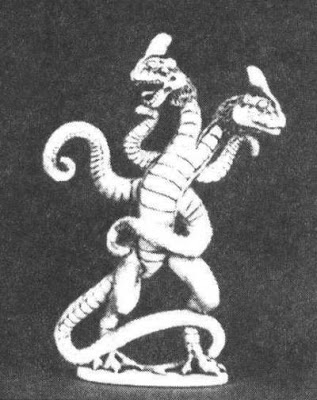 Grenadier later produced this Demogorgon look-alike but called him Orcus for some unfathomable reason. The head is reptilian instead of baboonish, but it's still pretty neat-o. I have one of these I bought off the eBay, thinking I was getting the Minifig version. Here's a link to a nicely painted version of this figure. 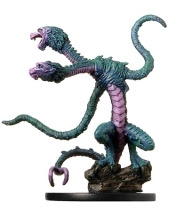 The Aspect of Demogorgon from Wizard's plastic figure line. I like the concept of buying a prepainted Prince of Demons, but the sculpt is too thin and spindly, lacking the look of raw power in the earlier versions. 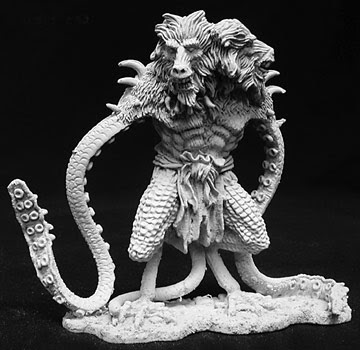 Reaper's Dark Heaven Legends line has a lot of great figures designed for D&D play. This fantastic fella is called the Demonic Lasher in their catalog. They like to file the serial numbers off, don't you know. On this page you can find a great painted version of this figure.