Art of the Citadel Compendium

If you like things that are awesome do yourself a favor a go over here and click 'Citadel Compendium' over in the left-hand column.  I've always seen this work billed as a catalog for the early Citadel range, but it's much more than that.  There's capsule rules for Warhammer Fantasy Battles and an embryonic form of 40K, scenarios, and advice for painting and sculpting figures.  And the art is absolutely glorious.  Dig it: 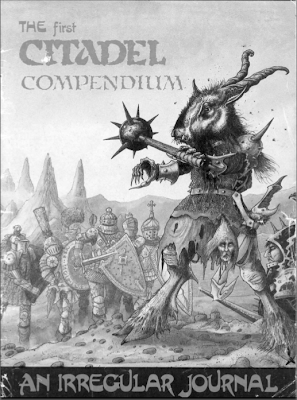 I know those are goat horns, but I keep wanting to read the cover as an homage to the vorpal bunny scene in Monty Python & The Holy Grail.  The head is rather rabbitish in shape and those knights in the background look rather... hesitant. 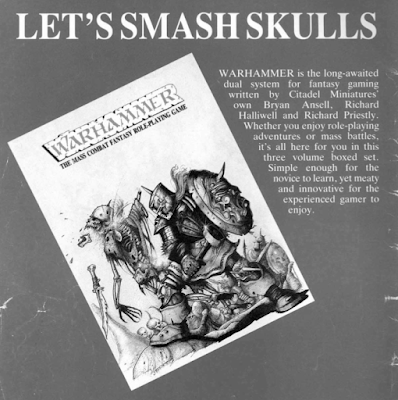 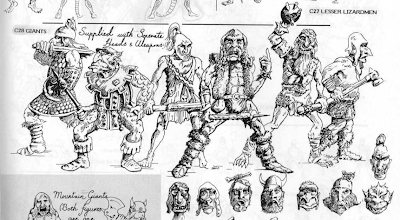 These dudes are supposed to be giants, but man that dude with the finger pointing up is totally badass.  I may cut him out of the pic and use him as a PC sometime.  The guy with the eyepatch next to him is also great.  That's obviously meant to be a boulder in his upraised hand, but imagine it as a mystic orb and him as a really sketchy magic-user.

I know those are just two revolvers, but I can kinda want that to be a pic of a gun with its own gun attached. 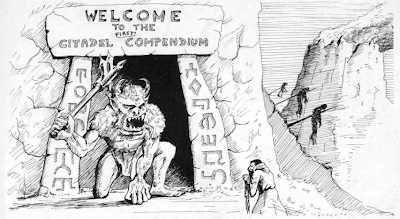 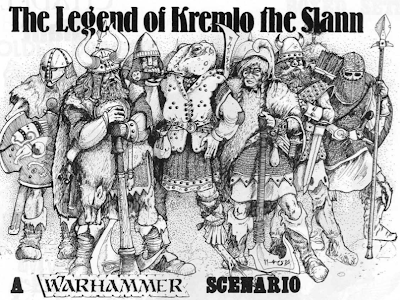 These dudes are wicked cool.  The slann (frog-dude in the middle) has an ax on his shoulder, but it kinda looks like he's holding a big fat cigar. 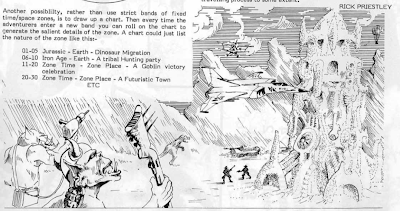 I have no idea what is going on here, but I know who to blame: RICK PRIESTLEY. 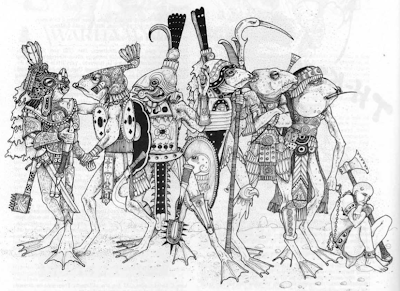 Empire of the Petal Throne referees should totally add these dudes to their campaign immediately. 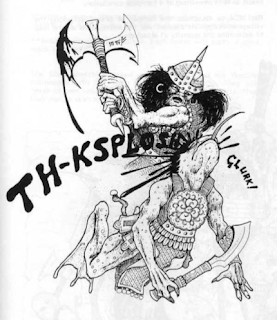 Nice comic book style sound effect.  Note that Our Hero is attacking this dude from behind. 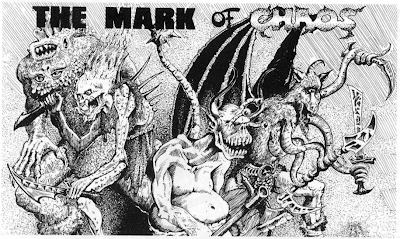 My greatest hope for this blog post is that some gamer named Mark sees this pic and starts a new blog named The Mark of Chaos.  Come on, Mark!  You know you want to! 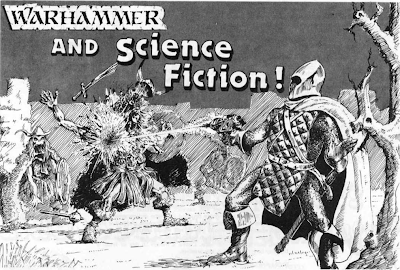 There is nothing about this picture that isn't great.  Two details I love: 1) the orc in the back with both his jaw and weapon dropped, 2) the shooter's left hand making a "don't worry, I got this" gesture. 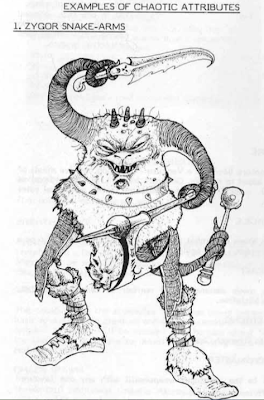 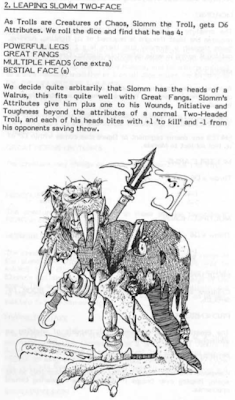 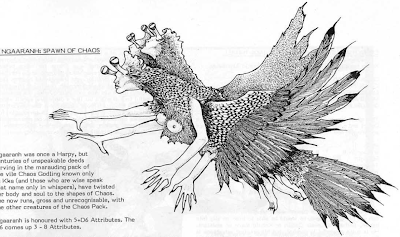 If you meet any of this trio in my dungeons, remember BLAME RICK PRIESTLEY.