You think old school D&D has some kickass level titles? Here's a chart on the wall of my Masonic lodge: 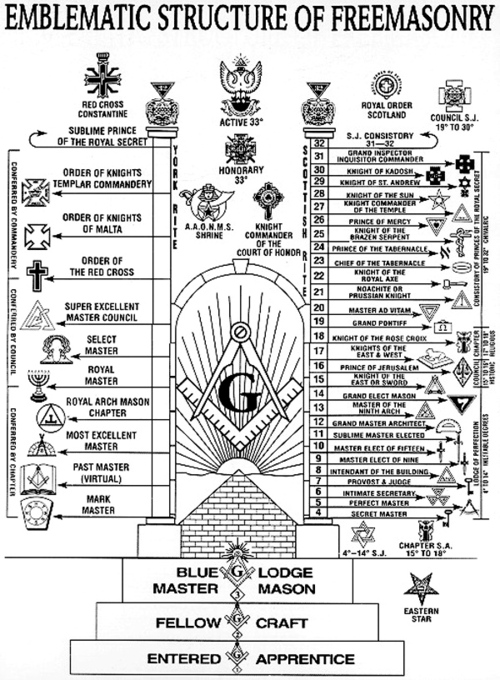 For five years or so I spent a fair amount of time on leveling up both sides of the ﻿ladder.  Got to Knight Templar on the one side and 32nd degree on the other.  One night not long after my daughter was born one of the brothers took me aside.  He was a long lean fellow who rarely said much but laughed often, flashing one of those easy smiles only unassuming regular folk can give.  Like most of the brethren who showed up regularly he had several decades on me in terms of age.  Anyway, dude looked me right in the eye and said "Here's some advice: Don't come back to lodge until your daughter is good and grown. You only get one chance to raise her and you don't want to reach my age wishing you had spent more time with her."
I haven't been back since.  Maybe when Elizabeth is a teenager and hates my guts I'll start going again.