The main event of my weekend was FlatCon, a little game covention in Bloomington, Illinois. In its ninth year now, FlatCon is still a new kid on the block in the local game scene. I'm still getting used to the way they run their show, but I admire the enthusiasm and energy of the organizers.
Just under the deadline I submitted an OD&D session to be included on schedule and this afternoon I had the pleasure of running nine players through a nice little chunk of Under Xylarthen's Tower. I pitched three possible adventures, looting the hidden Verbosh family tombs, finding an archmage's spellbook in the Rat On A Stick dungeon, or locating the (supposedly dead) dragon's hoard under the ruins of the Tower of Xylarthen. The three magic-users in the party lobbied hard for going after that spellbook, but everyone else at the table found the possibility of unguarded Type H treasure was too great a lure.

I really enjoyed running UXT again, especially because this group of players ended up exploring an almost entirely different set of rooms than the original Xylarthen looters. Weirdo mummies were turned and white apes slain. Wandering goblins fled through mysteriously disappearing doors. The mutant ape with the enlarged cranium and psionic powers stayed invisible for the entire encounter with him, so the party never saw his true form! Two unfinished dungeon corridors were barricaded by the Greyhawk Construction Company. And half the party even survived to the end to claim all that loot! 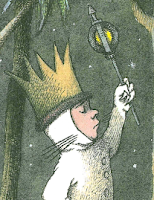 But the best part of the whole run was Max. I don't know his last name because on the sign-up sheet he only put down "Max". The other players were all great but man, he owned that session. He didn't over-ego the other players at the table or anything like that. In fact, he was a fairly quiet guy. But whenever Max spoke up he had his act together.

Max approached every encounter as an imaginary situation to be cleverly negotiated, not a set of game emchanics to be beaten down with counter-mechanics. He was truly rockin' that old school spirit. My favorite example is when after a run-in with some "filthy dwarf-types" (kobolds from the wandering monster list) Max lopped off a monster-leg and stuck it in his backpack. At the time, I thought he was just being weird. But later he very effectively distracted some white apes by throwing the grisly limb among them. The apes were much more willing to brawl among themselves over a quick snack rather than fight people bearing torches and swords.

Max wasn't content to let his brief character sheet dictate what he could and couldn't do. He went out there and grabbed that dungeon by the collar and gave it a good shaking. And here's the kicker: Max is twelve years old and today was his first time playing D&D! I've seen it suggested that us grizzled veterans need to unlearn a bunch of cruft to really get back to the heart of D&D. That's the basic tack I've been taking with OD&D for a couple years now, but seeing Max at work really rammed this point home for me.