Cinder: land of no horses

Cowboys and knights are totally awesome, but I've never really liked horses. It's not that I hate them or anything, they just don't excite me. So I've been thinking that for my Cinder campaign world I would ditch horses altogether and go with something dumber. Idea number one for a horse substitute is big, stupid birds: 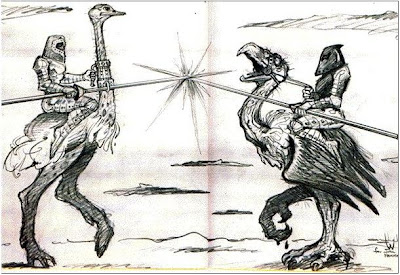 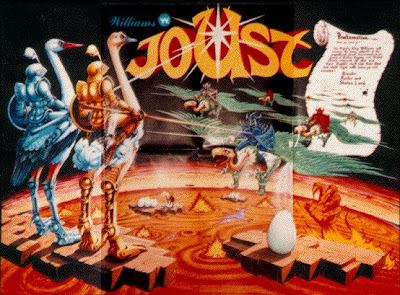 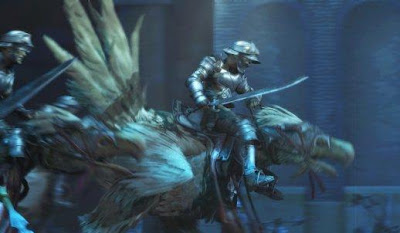 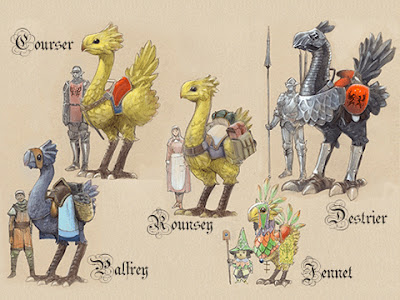 I'd probably call them Warks. 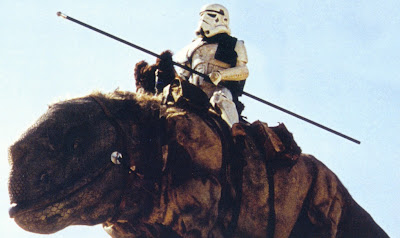 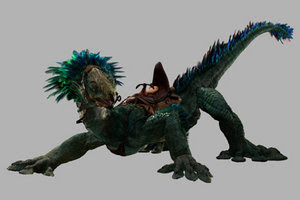 I'd love to put up a screenshot of the knights who ride wingless dragons from the old videogame King of Dragons, but I couldn't find one on the google. You have failed me, internetz!

Idea three involves mixing and matching various riding beasts and monsters-of-burden, such that a typical stable would look something like the Mos Eisley cantina but with more hay and fewer Roswell aliens playing electronic bagpipes.

Note that I'm primarily looking for ideas for the PCs races (human, elf, dwarf, hobling), since as the DM I reserve the right to mount orcish knights on giant war butterflies or whatever.