"No Time To Blog" Lightning Round

Last night was the last session Beyond Vinland, Season One. Too bad it ended with a Total Party Kill. The party waltzed into the lair of a couple of Yuan Ti abominations and ended up getting sliced, diced, mutilated, and poisoned. While it was kind of a buzzkill, everybody is still pretty enthused about the upcoming Star Wars game.

Also, they did finally catch up with and killerfy that duergar chieftain that had given them so much trouble. In my mind the PCs and the chieftain are all in Valhalla, drinking mead together and having a good laugh over this whole mess. 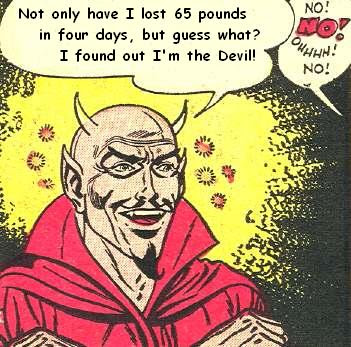 Not only am I late hopping on the meme bandwagon, but I'm referencing an obscure old SNL sketch.Just a couple more days left to get the snazzy print edition of my Encounter Critical module, Asteroid 1618. Click on over to the Cumberland Games & Diversions Lulu.com storefront and slide down to the bottom of the page to order your copy. While you're there do yourself a favor and order one of S. John Ross's great works. Again, no one but Lulu is making any money off of the print version of my book. S. John and I want the price as low as possible. Of course the free PDF version is even cheaper (still available at WoAdWriMo central and the EC yahoo group), but that version doesn't come with staples!Here's a first look at the PC's starship in the new campaign: 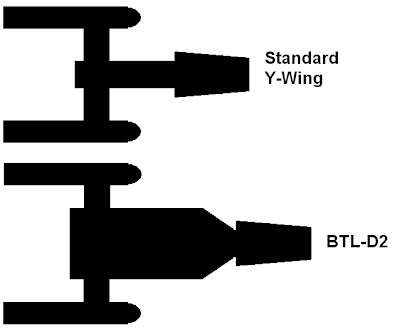 Green Thirteen (the Space Winnebago below the Y-Wing) is an old prototype of a Y-Wing variant that never made it into production. Based upon the slightly more successful 5-person courier variant of the Y-Wing, the BTL-D2 Y-Wing was an attempt to turn a non-frontline modification of the Y-Wing back into a fighting vessel. It didn't quite work out. But beggars can't be choosers, and the Alliance needs every ship it can muster.