The Incomplete Pictorial History of the Bulette 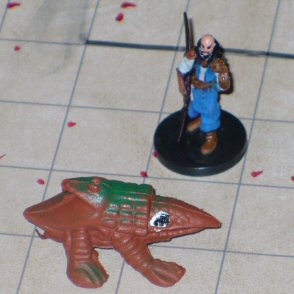 A copy of the original Hong Kong toy "dinosaur" that served as the inspiration for Gary Gygax's bulette or "landshark". Also in this same set were figures that later became the rust monster and carrion crawler. Note that the creature neatly occupies a 2 x 2 area on a standard battlemat. Present to help show scale is Mordenkainen from the D&D collectible miniatures game. 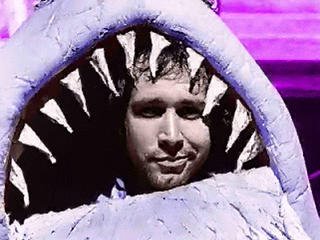 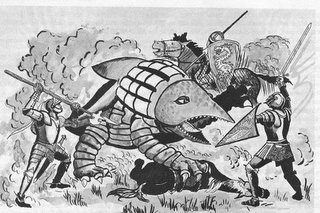 The frontispiece of the original Monster Manual. In its Manual entry the bulette was noted as being absolutely fearless. 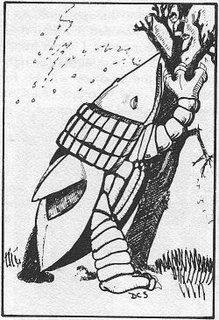 From the bulette entry in the original Monster Manual. The creature up the tree is a halfling. Gygax mentions that bulettes find halflings a particularly tasty treat and are known to dig up into their burrows. 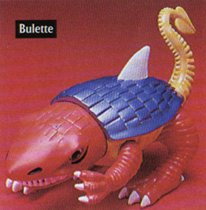 Prototype of an 80's-era plastic bulette for the Advanced Dungeons & Dragons toyline from LJN Toys. Sadly, this toy never entered into production. 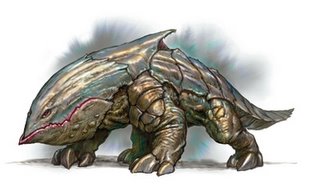 The 3.X era bulette. Gone are the references to enjoying halfling meat. The 3E version of the bulette added a rather scary leap attack allowing the creature to use all four claws against a single target. This ability was dropped in 3.5.

Another great bulette illustration can be seen here.