So this works a little differently than the other random classes, as it does not involve a die new chart.  I'll add this and the half-orc to the master file after a few days of feedback. 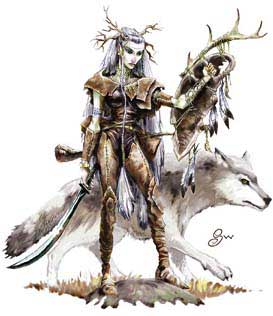 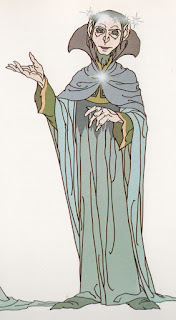 To play a half-elf you must roll at least a 9 Charisma.  You must then make... the Choice of Elrond and Elros [insert dramatic musical sting here].

If you have at least an Intelligence of 9, you may opt to play using the Elf class as your basis.  Build a normal first level Elf.  Every time that you level up you will make one random advancement roll for every spell slot you would gain under the standard BX-type rules.  Here's the deal though: the first advancement roll you make for each new level must come from the random chart for any human class of your choice.

If you add a spell slot from the Cleric chart (or any other non-MU spellcaster chart), then you gain spell slots for that class.  By rolling on the cleric chart, you're signalling that your PC has found religion in much the same way that choosing the Anti-Paladin chart would say something important about your character.

If your new level entitles you to more than one spell slot, make all additional advancement rolls past the first one on the Elf charts. 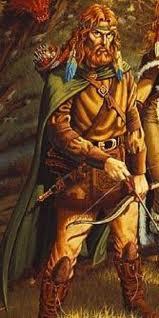 Pick any human class as your base.  Your are that class for all intents and purposes, save when you are entitled to a random advancement roll.  Your first roll each new level must come from the Elf advancement chart.  Subsequent rolls use your normal class chart.  If the Elf chart grants you a spell slot and your base class doesn't use spells, follow the progression for the Elf class.  I.e. your first such roll gets you a first level Elf spell.  Your third grants you a second level spell.  The first time that happens, you get whatever sort of starting spellbook your are entitled to under your ruleset and add spells as normal.

Note that Half-elves made under this option do not speak Elvish unless they take it as a bonus language due to Int, are vulnerable to ghoul paralysis, can be slept/charmed, and must follow the armor & spell rules of their base class.