Imirrhos is the local name for Antares IX, setting of the TSR Minigame Revolt on Antares. 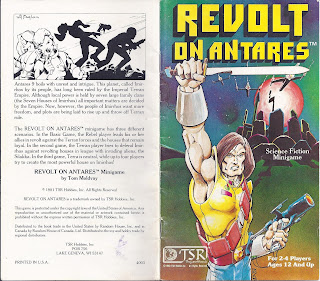 I adore this game, even though I don't play it too much.  The map and chits are too small for a ham-handed oaf like me. Some days I dream of doing up a spectacular 'big board' version of this game, the way you see some games at conventions.  I got a buddy who does Kingmaker at cons on a 4' by 8' board with miniatures instead of chits.  Something like that.

Anyway, there are a lot of good reasons for me to like Revolt on Antares, such as:

From left to right we have Lyra Starfire in her airjet, the androids of the Phantom Regiment phasing in from another dimension, Magron the Invincible in his Silakkan lasertank, Doctor Death with his zombie soldiers and space paratroopers! 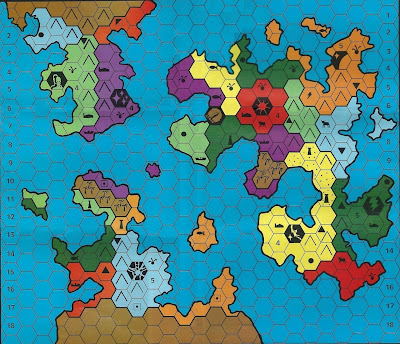 I know I'm not the only person who has considered setting some sort of campaign on Antares IX.  Most folks who talk about that discuss using the map and background for some sort of sci-fi game.  Me, I lean towards a science fantasy Dungeons & Dragons.  Set the planet in Tom Moldvay's Imperial Terra setting (a 2-page write-up in the back of Lords of Creation) and make Imirrhos one of the few planets in an otherwise sci-fi galaxy where magic actually works for some dang reason.  The local people are medieval tech, except the natives on the brown hex reservations (they're stone agey), meanwhile only the ruling classes having access to high tech stuff from offworld, thanks to a briskexport trade in various commodities.

Here's the Traveller style Universal World Profile for my idea of Imirrhos:

For the non-Travnerd I'll break it down a bit:
Have you seen this awesome breakdown of a worldmaking technique based upon plate techtonics?  You should totally check it out.  That doesn't have anything to do directly with Imirrhos, but I followed up on that guy's recommendation for the program G.Projector.  It allows you to take your rectangular planet maps and turn them into a more proper projection.  Like this: 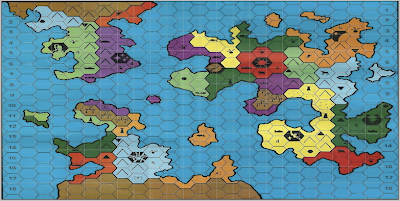 That's an Equirectangular projection, one of the less interesting options (and one I could have approximated easily by stretching the original image a bit).  But having a proper projection means I can directly compare a Size 3 Imirrhos to the surface of the Earth, like so: 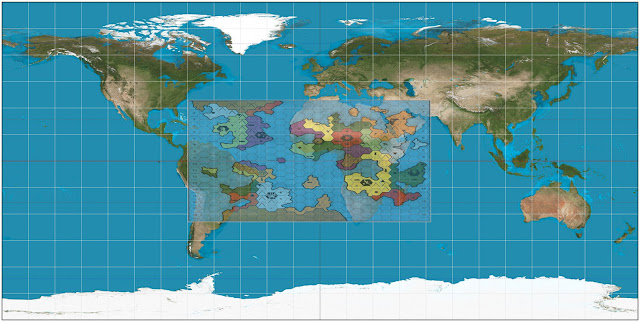 Using Photoshop, I turned down the opacity on the Imirrhos layer.  Now without doing any math I can see that the larger continent on Imirrhos is roughly the same size as Africa.  That's good to know.  The other two continents look vaguely Australianish in size.  For further comparison's, somebody else wanted to see the surface of the Moon the same way: 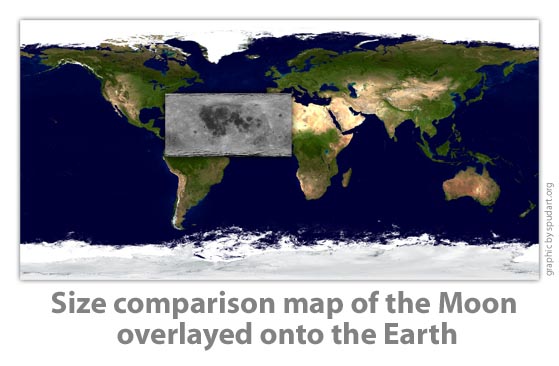 Using G. Projector and another porjection scheme, I was able to get a more round planety-looking pic of Imirrhos.  I made several of these, rotating 5 degrees each iteration.  Then using gifmaker.me I strung together an animated gif of Imirrhos spinning on its axis.

I didn't do a complete Imirrhosian day because the side of the planet with the map edges and the numbering looks pretty cruddy.  Still, I dig the overall effect.