Heh.  I said "walk don't run" when I meant the opposite.
Last week I wrestled with how to make an interesting video on Dave Hargrave's Arduin Grimoire and I came up blank.  So I decided to skip that altogether and move on to another topic.  I think I'll talk about Arduin in a non-video blog entry later in the week.  Here are a couple maps scanned from Post's An Atlas of Fantasy. 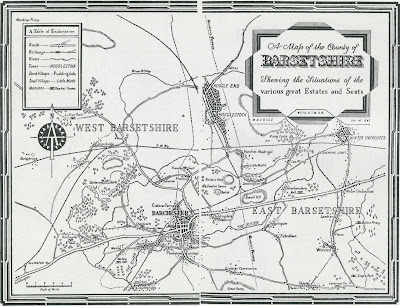 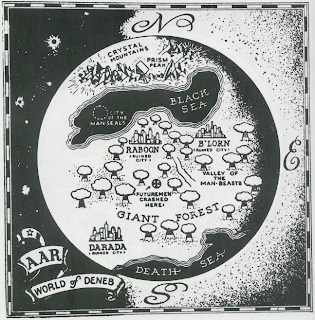 Aar, World of Deneb, from the Captain Future series of pulp adventures set in the way out future of 1990.