here's a campaign idea to steal

The Antillian Colonial War - 1827
This one requires that we first postulate the existence of Antillia, that mid-Atlantic island—mythical as Atlantis—with which cartographers decorated their maps until well into the nineteenth century. Given an Antillia, what colonial power might be tempted to intervene? Any number would do, but since we are dealing with a mythical isle, I prefer a plausible, but mythical, European power. Let’s say, therefore, that Harold Godwinsson triumphed at Hastings, defeating William the Loser. Given this, we find in the first quarter of the nineteenth century not a Great, but what might be called a Lesser Britain, represented by the Kingdom of Wessex.
Now, let them colonize Antillia—at their peril! 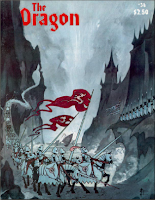 The above quote is from "Up On A Soapbox" by Samuel Gill, Dragon #34, page 14.  Mr. Gill spins out several other alt-history ideas for wargaming, but this one is my favorite.  Somebody could spin this into a nice little gaslight fantasy/steampunk sort of affair.  Make the inhabitants of Antillia into technologically backwards elves, orcs, etc. and Bob's your uncle.  Here are a couple of antique maps of Antillia to get the ball rolling: 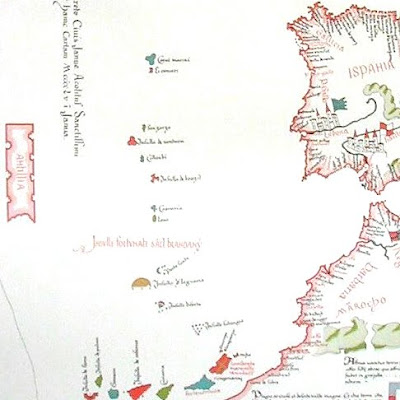 Looks like Antillia was drawn with a T-square in this one. 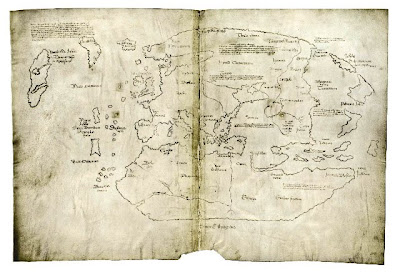 That must be Vinland in the far west.