That thing just oozes sci-fi goodness to me.  Now here's Jim Holloway's illo of the space pirate base from Warriors of White Light, the in-box starter module for Star Frontiers Knight Hawks.

Looks like more than a passing resemblance to me.  Not a direct swipe by any means, though I can't say I would have held it against Mr. Holloway to have done so.  Asteroid bases rule.

PS - I know it's not very good technically, but I'm immensely proud of this: 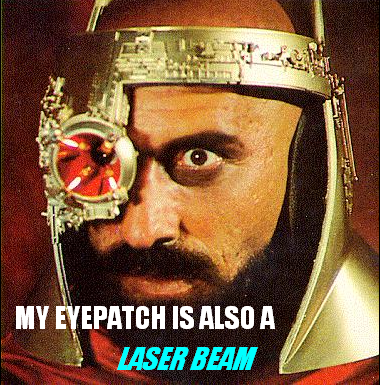