I've been thinking about Raggi's advice (in both the LotFP rpg and the Random Esoteric Creature Generator) that we should use real people more and humanoids less for our cannon fodder.  It's a concept that has real possibilities.  It adds a little dramatic oomph to encounters with 1 hit die goobers that might otherwise degenerate into "oh, more orcs" and increase interest in actual monsters by reducing the volume of encounters with such weirdies.

But if you knock kobolds, goblins, orcs, hobgoblins, gnolls and bugbears off your standard encounter lists, then who the heck will man the Caves of Chaos?  This might seem a minor point to you, but when pondering big changes to the game I often think about The Keep on the Borderlands as something approaching as Platonic ideal in the realm of D&D.  If a proposal renders module B2 unplayable, then I'm not sure I want it.

But then I thought about Blazing Saddles. 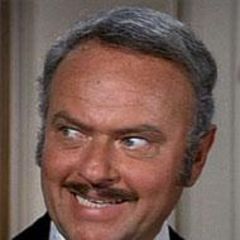 The Borderlands are basically the Old West redacted to Mythic Caucasia anyway, so why not draw on a source like this?