There's a place on Neil Street in Champaign called Game Crazy that sells used video games. I got the following Xbox games for less than 5 buck apiece there. But man, it took for frickin' ever to check out. I don't think I'll be going back any time soon. Normally I don't mind a wait to get a bargain, but my wife and daughter were with me. There's no good reason why they should have to hang around for 20 minutes just so I can buy this crap: 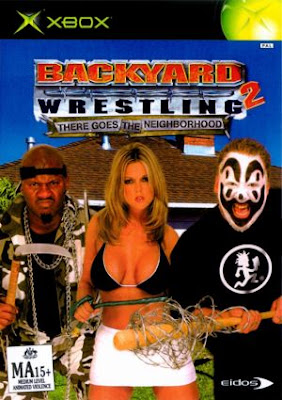 I'm not a big fan of backyard wrestling or the extreme style it poorly apes. Too much blood, too many props, and not enough proper grappling for my tastes. And many of the wrestlers have no sense of ring psychology or match storytelling. But five bucks for a new wrestling game was too cheap to pass up. The make-a-wrestler section delivers pretty good results. The wrestling engine is a bit over the top (no surprise there) but does allow for some technical holds and reversals. And much of the terrain in the various fighting venues can be destroyed. You can Irish whip a mofo into a plywood shed, shatter the shed, then pick up the plywood and beat the dude with it. I hate that kind of wrestling in real life, but as a video game where no one really gets hurt? Good times. 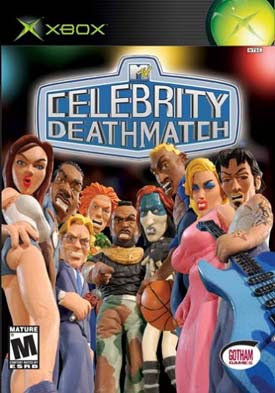 I knew Celebrity Deathmatch was going to be awful when I bought it. The real questions were how awful and in what ways. Answers: unbelievably awful and like the show but even worse. Still, any game where I can play Mr. T and beat the hell out of Marilyn Manson can't be all bad. Not that I loathe Marilyn Manson or anything, but Mr. T dropping the A Team van on him as a finishing move just seemed so right. 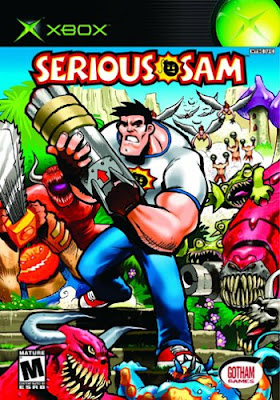 I've been meaning to get this game for years, ever since Old Man Murray did those two awesome interviews with the head of the all-Croatian design team. It's the only first person shooter I've really wanted since that time I nearly wrecked my academic career playing Doom when I should've been studying for finals. So far Serious Sam is fun and stupid in all the right ways. I swear to Grodd, it's like the Rifts of first person shooters.